Mt Everest is the Earth's highest mountain above sea level

Mt Everest's height of 8,848 m (29,029 ft) was officially recognised by Nepal and China in 2010 and it's based on the highest point of rock, not the snow over it. It is not, however, the farthest point on Earth from its center: Ecuador's Mt Chimborazo is smaller (6,263 m or 20,548 ft) but it's located along the equatorial bulge, making it the highest point on the planet.

The British claimed they couldn't find any commonly used local name for the peak. It was Andrew Waugh, the British Surveyor General of India, who suggested a British name in honor of his predecessor, Sir George Everest. He actually opposed the name and told the Royal Geographical Society in 1857 that his name could not be written in the local language. Despite these objections, the Royal Geographical Society officially adopted the name "Mount Everest" in 1865.

There's almost no flora or fauna on Mount Everest

The First successful ascent: Tenzing and Hillary in 1953

The New Zealander Edmund Hillary and Nepali Sherpa climber called Tenzing Norgay, reached the summit on 29 May, 1953, via the South Col route. Hillary was knighted, in the Order of the British Empire, for the ascent.

Many people do it more than once --mostly Sherpas-- so there's been a total of 8,306 summits, while 288 people have died on all routes.

The permit to enter Everest via Nepal is between US$10,000 and US$25,000 per person, while the Climbing gear, bottled oxygen and transport is around US$13,000. Guiding companies also include food, tents, fixed ropes, medical assistance, an experienced mountaineer guide and even someone to carry your backpack. They cost between US$35,000 and US$200,000.

26,500 pounds of human excrement is left behind each season

All sleeping areas on the route up Everest's south side are basically minefields of human excrement. Human waste has reached such critical levels at Mount Everest, that the government of Nepal now requires each climber to bring along 8 kg of waste when descending the mountain. Empty cans and bottles, spent oxygen tanks and abandoned tents are also part of the problem.

Many of the world's highest mountains are near Mount Everest

From snowboarding to skiing, paragliding and BASE jumping

In 2013, Yuichiro Miura, an 80-year-old Japanese, became the oldest person to make it to the top of Mount Everest and down.
♦ SOURCE
♺ SHARE 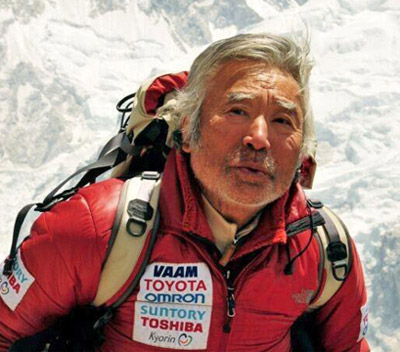 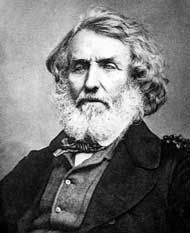 In 2005, a Nepalese couple became the first to marry on top of Mount Everest.
♦ SOURCE
♺ SHARE 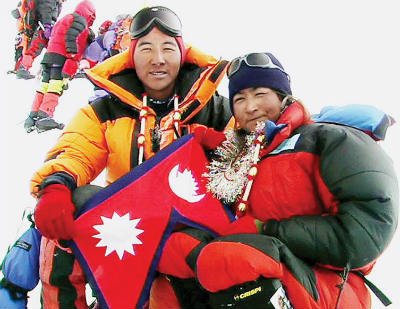 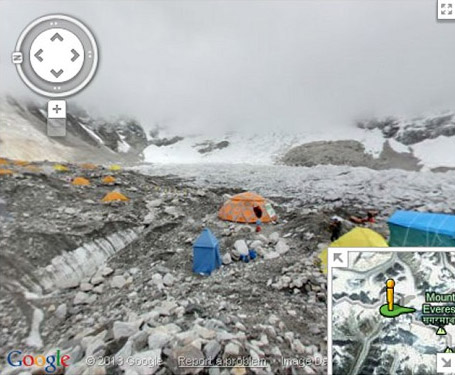 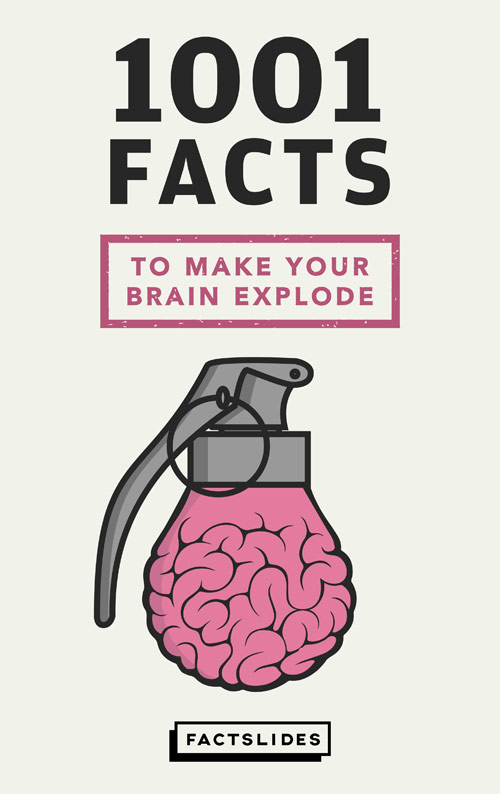 1001 Facts to Make your Brain Explode!

Even if you visit Factslides.com every day to get your dosis of new facts —just like over 1 million visitors do every month—, in this book you'll find facts you've never seen before!
Check it out on Amazon »